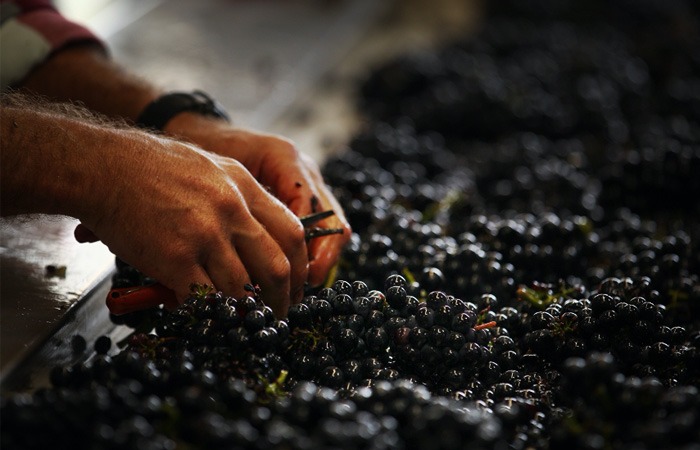 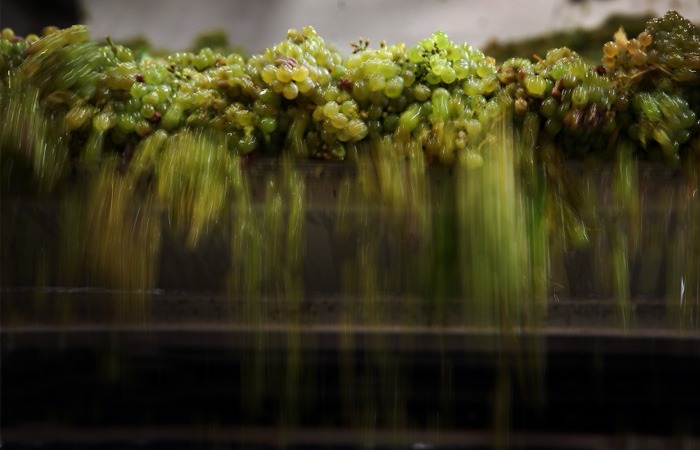 In 1910 in September, work in the cellar was marked by winemaking, monitoring of wines from previous vintages and possible bottling.

Vatting – After removing the damaged grapes, the harvest is usually crushed by crushing, sometimes subjected to destemming, then finally brought to the vat. During vatting, acetification of the cap is avoided by keeping the marc below the liquid using racks. The wine will have to be dewatered immediately, when the gleucometer or the mustimeter will mark zero.

The products which are quickly cuvées have delicacy; those which have remained longer in vats have a more solid constitution, more roughness and more body. To have a fine, fruity, delicate wine, we can say that the vatting must vary from three to eight days on average, depending on the region. When destemming has been carried out, there is no reason to fear that the wine will become harsher if it remains in the vat; but it should not be left there too long lest it peel off too quickly. We will therefore not exceed ten days on average. Beyond this time, the wine can hardly borrow more than excess tannin, nitrogenous substances, coloring matters and salts which constitute defects. Conversely, if the vatting is reduced too much, the wine lacks body and tannin, and also risks retaining too much undecomposed sugar.

In the southern regions of France, as well as in Algeria, wine still contains traces of sugars; it is hot and loaded with carbonic acid. In this state, it can be vented in the air. The aeration is even useful for the completion of fermentation, as it revitalizes the yeasts. In more temperate regions, where the wine, following prolonged vatting, no longer contains sugar and is sufficiently stripped, de-drying is avoided in contact with air.

Caring for finished wines – During this time, care should be taken not to neglect wines from previous harvests in the cellar, although these require less attention than during the warmer months. It will be enough to visit them from time to time to make sure that the drums are still full, that they are not likely to leak, that they do not alter their contents. At the first squint (1) glimpse, we will hasten to transfer to another barrel, sanitized and méchée. Remember that September is, along with March, the month par excellence for bottling old wines. It will have been glued two or three times, and six weeks apart if they are grands crus.

If, while crossing the summer period, bottled wine has become ill, it will be emptied into a barrel; and after processing, it will be bottled again, once it has recovered.

There are several winemaking techniques but the maceration described above is traditionally used in almost all vineyards for the production of red wines. The process begins with sorting the harvest in order to remove the berries that are pitted or affected by mold in order to avoid bad tastes. Then the bunches are destemmed, crushed and vatted. Maceration then takes place. The must remains in contact with the berries, which extracts the red color and tannins from the skins. The yeasts then act to transform the sugars in the musts into alcohol during alcoholic fermentation. Finally, the wine is drawn into another vat and the marc is pressed to extract the liquid remaining in the berries. This usually still contains sugars, so it is then fermented. The wine then enters the aging phase, either in vats or in barrels. 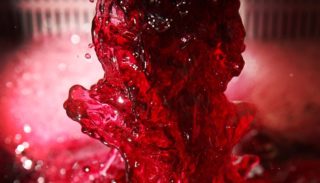 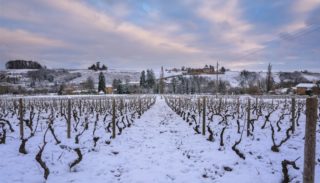 December in the vineyard 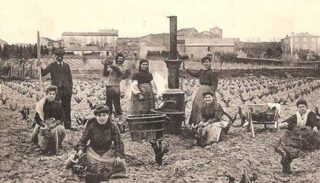