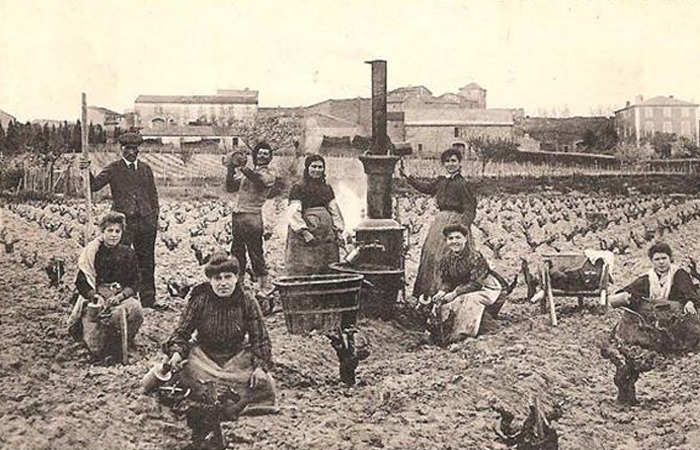 “Vineyard and cellar works – 1910” is a serie of articles that will be presented to you throughout the year 2020, month by month. The articles are taken from the « 1910 Wine Trade Directory » and describe the various works necessary for the grapes and wine production at the begining of the 20th century.

During the month of January, work in the vineyard was marked, at that time, by the pruning, the preparation of vine plants, stems and treatments against parasites.

Here is what can be read in January in the Wine Trade Directory from 1910 :

“Plowing and manners – The vines must be given the first plowing in January, unless the plant has not yet undergone pruning. The depth of plowing varies according to the nature of the soil. Each country has its culture: here we give two plows, three elsewhere, there four, sometimes more. Depending on the extent of the vineyard and the spacing of the grape varieties, the operation is carried out with the plow, the hoe, the spade. We continue the manuring and terracing interrupted in November and December.

Interior work – We take care of making, cutting the stacks, making them undergo the sulfation which makes their duration five or six times greater. We prepare clean wickers for tying the barrels. Finally we do it in the workshop and put in the sand the grafts on cuttings and on roots.

Pest control – The main applications include scalding against the European moth and brushing against anthracnose. ” 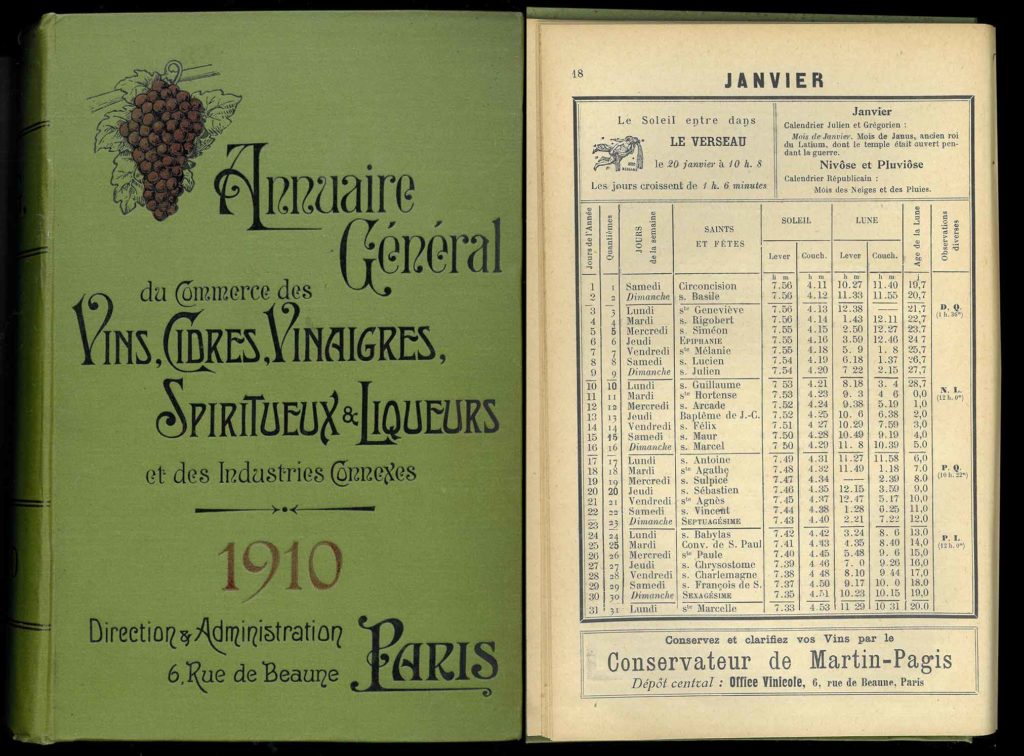 A peculiarity of the work at that time was the scalding operation which consisted of pouring boiling water on the vines to eliminate the larvae of borer.

This treatment was invented by Benoît Raclet (1780-1844), bailiff in Beaujolais and owner of a vineyard in Romanèche-Thorins. The story goes that one of his vines, located against a wall, received hot water from the drain of the kitchen sink. It was the only vine that remained untouched by damage from the moths. His process was quickly adopted. It involves moving a boiler (the scalder) through the vines. One to two liters of boiling water are poured over each vine using small coffee makers.

A century later… the work in the vineyard in January consists mainly in pruning the vines. Pruning officially begins on January 22, the feast of Saint Vincent, patron saint of winegrowers. It is said that at Saint-Vincent, “winter goes away or starts again”.

Picture : Old postcard showing the scalding of vines in the south of France 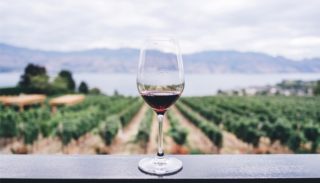 June in the cellar 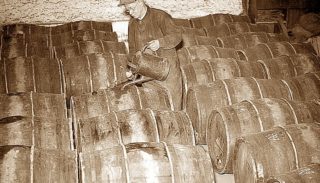 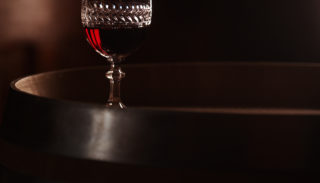