Gazeteer of France’s great oak woods – Amboise and its woods

Published in October 2018, the book The oak in majesty, from forest to wine highlights the concept of forest terroir.

The book, fully illustrated with photographies, compiles, through a gazeteer with a lot of details about geography, mesoclimate and history, a list of twenty-six beautiful oak wood forests, as the forest of Amboise.

If everyone has heard of the châteaux of the Loire, the region’s oak groves have tended to be overlooked. Between the city of Amboise and the Loire in the north, and Chenonceaux and the Cher to the south, the forest of Amboise nestles in a fertile valley ranging over 6,000 ha (14,800 acres). Relatively low-lying – with an average altitude of 120 meters (c. 400 feet) – but with a turbulent history, the forest of Amboise has been shunted between public and private ownership. Starting as royal property – Francis I would often hunt to hounds here – in 1761 it fell under the prerogative of the duke of Choiseul before passing into the hands of Clementine of Saxony, daughter of Louis-Philippe, in the following century. In 1908, purchased by Paul Hirsch, it found itself split into three. Today, the biggest part (1,600 hectares, or almost 4,000 acres, including 99% under oak) is owned by the Léon family.

Open to the public, this private forest comprises 70% sessile oak and 30% pedunculate. Service-trees and wild cherry, as well as conifers, complete these woods managed by the forestry group La Rouillardière. It is skillfully overseen by Laurent Borel, who practices mixed-age management, unlike the ONF, who prefer trees in the same plot to be of the same age, meaning that all trees are of more or less the same size. “This is an old forest, on average 120 to 150 years old,” he observes, “divided into five series corresponding to different soils. Clay loam for the Vieilles Granges and the Chêne La Roue, and clay with flint for La Commanderie. Rainfall is from 650 to 700 mm (25½– 27½ in.) per annum.” “As private woodland it is rather unusual in that in general private oak woods are primarily made up of pedunculates and change hands around every twenty-five years,” notes Eric Sevrin of the Regional Center for Forest Property. “Amboise is all the more exemplary.” We now make our way to La Commanderie, “This is a real Formula 1 circuit because there are only exceptional oaks,” jokes Laurent Borel. “The soil is rich, and we have chosen sixty trees per hectare identified by a streak of green paint, all of which are registered one by one in our reserve files. We thin it out every five years, that is to say we cut out certain branches to broaden the upper part of the oak, the crown. Whereas the ONF favors keeping the trunk tall.”

Hunting accounts for 15% of the total value of the forest’s resources, but, more than the income, these hunting activities are justified by the need to reduce damage caused by game animals that are fond of nibbling young saplings. Likewise with firewood, which is sold standing to private individuals, who fell only the marked trees that can be spared. Five ponds and a river, the Amasse, run through the forest where holly and moss prettily carpet the undergrowth. But La Rouillardière is proudest of its 180 year-old oak. Still standing, it has just been sold for 15,000 euros—that is, 1,500 euros per cubic meter of undressed timber. This, however, did not beat the recordof a piece sold at Tronçais for 1,983 euros in 2015. The Jane oak, so named in memory of Jane Léon, will in any case be sorely missed. 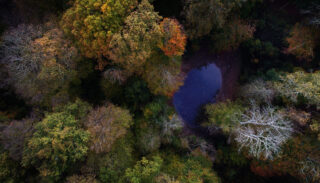 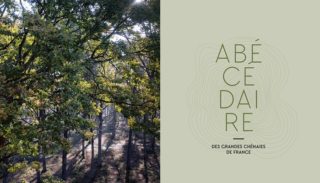