Persistent foliage tree*, cork oak high is between 10 and 20 meters and its lifespan is between 250 and 400 years. Its trunk is often short and twisted and has a corky bark on a thickness of up 5cm. First, young branches are pubescent. Then, after one or two years, they become smooth and grey. Its leaves, not toothed or few-toothed, are small (3 to 5 centimeters) and with a short petiole. Acorns, housed in cupulas with irregular scales slightly raised, are stretched, brown or reddish-colored and ended with a short spike.

Its natural area of geographic dispersion extends in the western part of the Mediterranean basin (Maghreb, Spain, Portugal, France, Italy and former Yugoslavia). In metropolitan France, cork oak is mainly present in the departments of Var and Alpes-Maritimes and quite common in the Landes, in the Mediterranean Sea area and in Corse from the sea level to 600 meter in altitude. It is sensitive to frost. Cork oak is mainly present in private forest (82%) and represents around 4,5 millions m3 of standing wood**.

Cork oak wood is hard to work because of its density and hardness. It is cultivated for centuries in Europe for its cork which is mainly used for the production of bottle top and insulation panels.

Demasking (process of cork harvesting) is realized about every nine years during the most active period of bark growth, between mid-May and the beginning of June till the end of August.

As cork oak bark regenerates naturally, there is no need to cut the tree to harvest cork. Nevertheless, demasking the tree reduces its resistance to harsh climate conditions, fires and natural stresses.

*Coark oak is a pseudo-evergreen tree which means that the current year leaves fall during the budburst of new leaves in June. 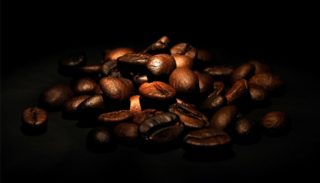