< Back to news
Our forests 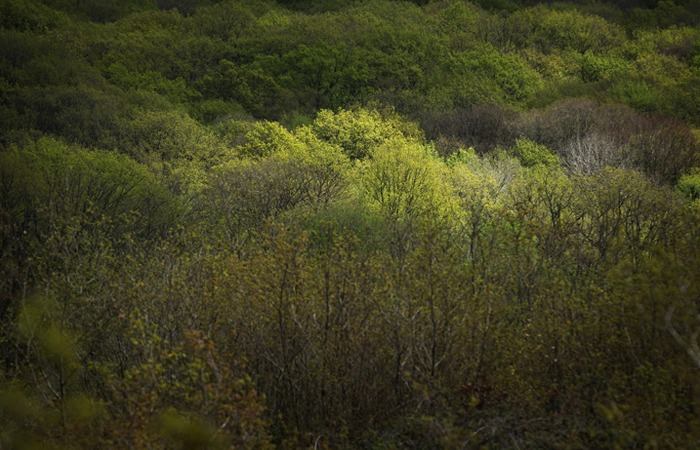 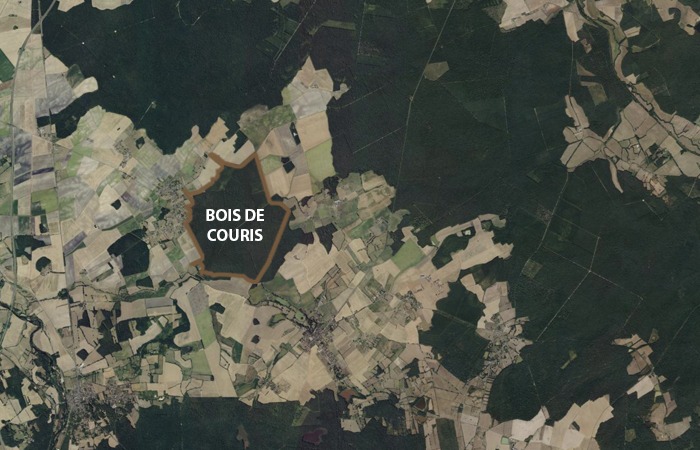 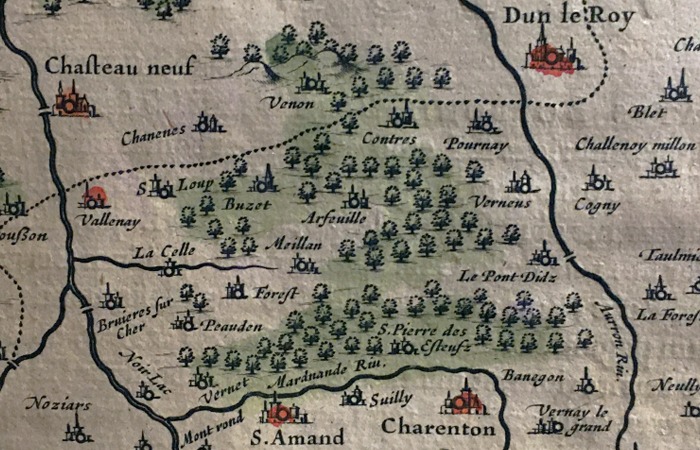 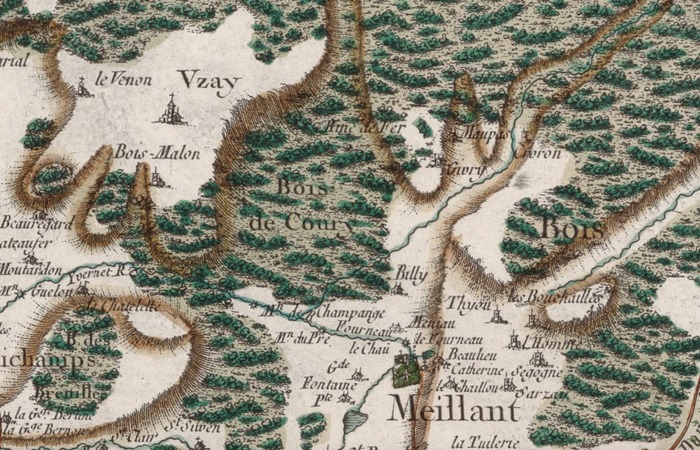 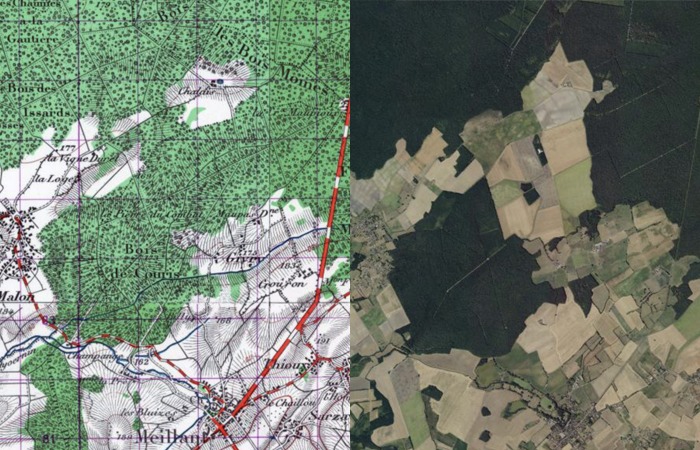 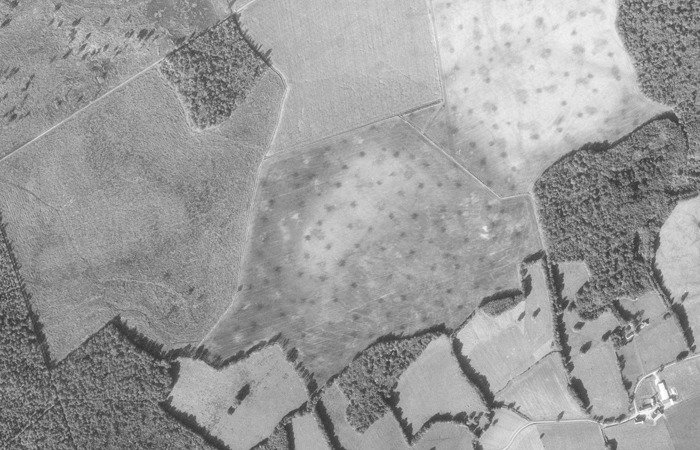 The Bois de Couris, of approximatively 500 hectares, is located in the south of the department of Cher, in the center of an important wooden area which extends from the forest of Chœurs-Bommiers to the forest of Tronçais. Today, Couris is a mainly deciduous forest.

Located at the boundary of the former Province of Boubonnais, Couris once depended on the County of Charost became duchy and peerage of Béthune-Charost in 1672. Duchy included at that time more than 9000 hectares of land and 6000 hectares of forest.

Duke Armand-Joseph de Béthune-Charost (1738-1800) developed economic activities on his land, in particular steel industry due to the presence of iron and to his important forests who provided wood charcoal fuel. Wood charcoal production is attested by the aerial photograph of 1977 on which we identify numerous former traces of charcoal kiln (rounded dark spots) in forest parcels cleared between the years 1950 and 1970.

Armand-Joseph de Béthune-Charost died in 1800 without heirs. He leaves the domain to his second wife Henriette-Adélaïde-Joséphine du Bouchet de Sourches de Tourzel who leaves part of the duchy to her niece Virginie Antoinette Pauline de Sainte-Aldegonde, wife of Casimir-Louis-Victurnien de Rochechouart de Mortemart. The Château de Meillant still belongs today to the Mortemart family while the Bois de Couris was sold during the year 1940. Couris changed ownership several times until it was acquired in 2019 by the Oak Forest Club (Charlois group).

Visuel 5 : Evolution between the IGN map of 1950 and a present aerial photograph © I.G.N.