Banister oak (Quercus ilicifolia), also called the Bear Oak or Hollyleaf, is a tree from the Fagaceae family. It owes its name to the missionary John Banister (1650-1692) who discovered it in Virginia and included it in his Catalog of Plants Obesreved in Virginia, published in John Ray’s History of Plants (1686). Banister then designated him under the name of Quercus pumila.

Small tree or shrub with “marcesescent” foliage, the Banister oak can reach-up to 7 meters in height but generally measures between 3 and 4 meters. Slow growing tree, it has an irregular habit, often twisted with many ramified, intertwined and leathery branches. Its leaves, composed of 3 to 7 lobes, measures 5 to 12 cm long and 3 to 9 cm wide. The Banister’s acorns are ovoid, 0.9-1.6 cm long, and housed in cup- or saucer-shaped cupules with hairy scales.

Banister oak was introduced to Europe from 1800.

Use of Banister oak

Banister oak has many ecological and landscape interests. In nature, it forms populations that are sometimes very extensive and fairly uniform like bears, and other mammals that come to gorge themselves on its acorns which grow in abundance. It is also particularly suitable for fixing poor sandy soils and dry hillsides.

Due to its small dimensions, Banister oak is not harvested as lumber or industrial timber.

The root system of Banister oak is fire resistant.

There has been an exceptional stand of Banister oaks covering an area of ​​0.5 hectares at the Arboretum des Barres (Loiret) since 1828.

* Condition of a part of a plant which withers and dries up without detaching from the latter. 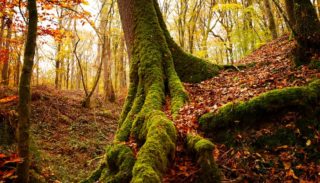 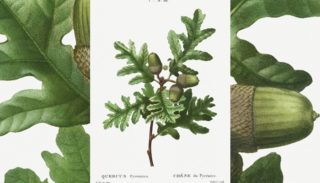 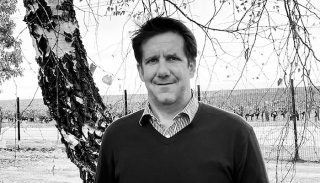 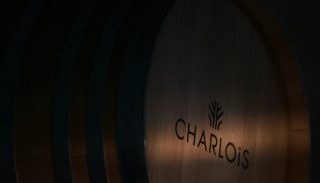 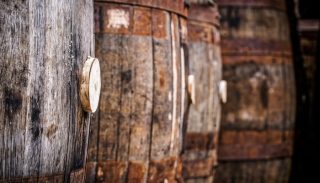